History of the Labor Day Holiday: More Than a Labor-less Day 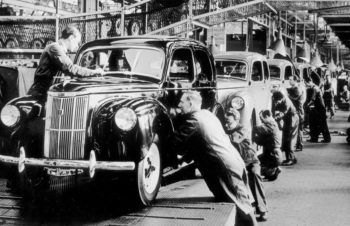 What’s the first thing that comes to mind when you think of Labor Day? Is it the fashion dictum “no white pants after Labor Day?” Or one of the year’s best retail sales days? Or the definitive signal that the summer season is over? Well, of course, each of those musings is associated with the day. But Labor Day is intended, first and foremost, to be a tribute to the contributions workers have made to the strength, prosperity and well-being of our country. Talencio salutes those who fuel our U.S. economy – especially health technology workers – by providing a brief history of the Labor Day holiday in this issue of our blog.

Our national celebration of workers and their achievements grew from labor unrest during our Country’s Industrial Revolution in the late 1800s. At that time, many American workers worked 12-hour days, seven days a week to eke out a basic living; children as young as five years old toiled in mills, factories and mines for a fraction of their adult counterparts’ wages. Working conditions were often unsafe, with insufficient access to fresh air, sanitary facilities and breaks. It was in this environment that labor unions became prominent and vocal, protesting poor working conditions and organizing strikes in attempts to compel employers to renegotiate hours and pay. The Central Labor Union in New York City organized a protest march of 10,000 workers who took an unpaid “holiday” from their jobs on September 5, 1882. This event is now recognized as the first Labor Day parade in the U.S.

In the years that followed, many other industrialized cities adopted the practice of a “workingmen’s holiday” on the first Monday of September; some states even passed legislation. But national legislation to recognize Labor Day as a federal holiday was not adopted for 12 more years, spurred by a pivotal event in labor history that brought workers’ rights into sharp focus. On May 11, 1894, employees of the Pullman Palace Car Company in Chicago went on strike to protest wage cuts and the firing of union representatives. In June of that year, Eugene Debs of the American Railroad Union, called for a boycott of all Pullman railway cars which crippled railway traffic throughout the nation. To break the strike, the federal government dispatched troops to Chicago, resulting in a wave of riots and the deaths of more than a dozen individuals. In an attempt to repair ties with American workers following this massive unrest, Congress passed an act on June 28, 1894, making Labor Day a legal holiday to be celebrated annually, the first Monday in September in the District of Columbia and the territories.

To this day, controversy remains regarding who first proposed the holiday for workers. Some records give credit to Peter J. McGuire, general secretary of the Brotherhood of Carpenters and Joiners, and co-founder of the American Federation of Labor. Others credit Matthew Maguire, secretary of Local 344 of the International Association of Machinists in Patterson, New Jersey, who also served as the secretary of the Central Labor Union in New York.

Regardless of who proposed the idea originally, we can be grateful for the hard-won changes in wages and working conditions — and for those whose work currently fuels the U.S. economy. So, the next time you think of Labor Day, remember that it is much more than the demarcation of the appropriate dates for white apparel, the end-of-season sale or the end of summer.

About Talencio: We help the Health Technology community make progress by putting the right people in the right place to solve problems and identify opportunities to move healthcare forward. To learn more about career opportunities in health technology, or to hear how other companies have partnered with Talencio to tap into our skilled professional talent pool, contact us at 612.703.4236 or email. Talencio has been the preferred provider of vetted, accomplished professionals to the Health Technology Community for over 9 years.