Who is the Independent Worker? 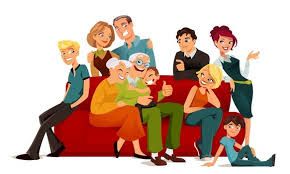 Statistics and descriptors of the independent workforce in the U.S. have been hard to come by. The government categories and statistical focus (developed during the Depression) don’t catch the workforce variations that are becoming increasingly important. For example, many government statistics only count people/businesses that have legally incorporated in their self-employed category.

To meet the information gap and do some marketing research, MBO Partners has commissioned an annual survey of independent workers. Now, truth in reporting, working with independent workers is the focus of MBO Partner’s business so the possibility of bias is clearly there but they have hired research firms to do these surveys for the last three years and the data appear carefully analyzed. So, what have they found out?

There are currently approximately 17.7 million individuals who report that they work at least 15 hours a week in non-traditional, non-permanent, full-time or part-time employment. This includes people who identify themselves as freelancers, consultants, contractors, self-employed, temps, solopreneurs, among other titles. The study predicts that there will be 24 million workers in this category by 2018.

Specifics about each group include:

Overall, 64% of the entire group rate their satisfaction as very high (i.e., 8 or more on a 10 point scale). This compares very favorably with the figures on the engagement of traditional employees. For example, Gallup’s most recent study of employee engagement reports that 30% of the workforce is engaged. Over half of the independent workers say they actively choose this career path with another 30% saying that it was one factor among a number of factors that led them to become independent. The rest were forced into this type of employment via downsizings, layoffs, illness, etc.

How does this match with how you define yourself? Are you satisfied or highly satisfied with your work? Do you plan to stay independent? Will you build your business? What are your major concerns?

Resources:
The State of Independence in America
The State of Working America by Gallup
Sally Power, Ph.D. is a writer, researcher, and personal consultant accelerating successful career transitions.